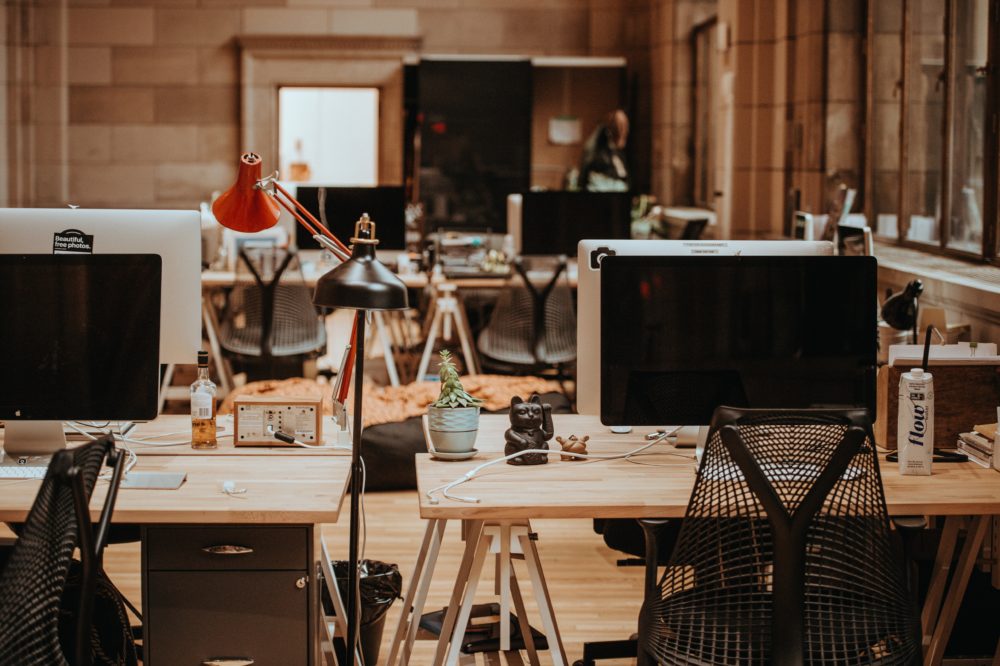 Few architectural terms carry such emotional significance as “corner office” and its less popular associate, the “cubicle”. Exploring how the design of offices changed over time may help us understand what we need from the workspaces of the future and determine what kind of environment facilitates success for Agile teams developing digital products in the years to come.

The dawn of open space

Anyone who has ever worked in a large company experienced the joys and woes of sharing limited space with multiple colleagues. Noise, distractions and vicious battles over air-conditioning temperature, all stand between you and the tasks on your agenda. At these frustrating moments, many of us have fantasized about a magical time, in the era of paper and typewriters, when everyone had their own spacious office where they could come to reflect and work at the top of their productivity or even take a power nap. In reality, this golden age has probably never existed. While we tend to associate the open space environment with the digital age, it’s actually a phenomenon with a long history.

An open plan design has dominated workspaces for more than a century, since architect Frank Lloyd Wright designed the Larkin Administration Building in New York, in 1906. The first office built with few walls, like an open-plan factory. This style became the epitome modern office 50 years later, when Van Der Rohe designed the Seagram building in New York, giving birth to the type of workplace immortalized in period tv-shows.

But as the open office floors with “pools” of office workers became the norm, many became aware of the shortcomings of this arrangement and looked for an alternative. In Europe, the proposed solution was Burolandschaft, office landscaping, where employees sat in areas arranged in organic patterns, which, although seemingly chaotic, were based around flows of communication. Meantime, the American furniture company Herman Miller Company, and their innovative designer, Robert Propst, developed in 1964 an early prototype of what he called the “Action Office,” the forerunner to the cubicle.

The reign of the cube

Invented to give workers more privacy, cubicles came over time to symbolize everything that was wrong with corporate work culture. This may be due to the fact that the cubicle really caught on in the ’80s and ’90s, a time when mergers, buyouts, and layoffs became commonplace. The mergers meant more people were getting crammed into offices and an increasing number of workers found themselves sitting in the ‘cubicle farm’ layout, where linear rows of cubes were considered most efficient. As computers were introduced, the staff became connected virtually rather than physically, calling from one cube to another instead of meeting in person. The fabric wrapped, half wall partitions provided workers with no real privacy but left them isolated without the benefits of socializing and cooperation.

With the advent of laptops and cell phones, the workplace became portable and cubicles, anchoring the worker to one corner of the office seemed especially unnecessary. Many visionaries tried to get rid of them with varying degrees of success. As early as 1993, Jay Chiat, chairman of ad agency Chiat/Day, moved his employees into newly renovated, lounge-like space in Venice, California. Employees had no permanent place and were expected to park their belongings in lockers and check out laptops every morning. It quickly sparked a counter-rebellion and many employees simply stopped coming to the office, preferring to work at home. After the firm was acquired by an advertising conglomerate, employees got workspaces again. However, the idea of hot-desking (working at any desk that’s available) or hotelling (booking workstations in advance) persisted and is still implemented in various forms in many offices.

As we entered the 21st century, it became clear to many employers that cubicles create an unhealthy work environment, alienate workers and stifle creativity. Though they still exist today in many industries, companies engaged in product development and design avoid them like the plague. The alternative, however, was a return to the Van Der Rohe open plan with adjustments made for the digital age and the odd pilates ball thrown in. The quintessential image of the software developer became the guy who constantly wears his headphones in order to focus on his screen.

As the agile work method, with its emphasis on direct communication and teamwork became prevalent, it became clear that the open office just isn’t cut for the job. In an article entitled “5 reasons open plan offices suck for agile teams”, the passionate anonymous author breaks down the main issues he has with the wall-less space. His main point: Agile done right requires a level of contact and conversation that’s just too noisy to allow for different teams to co-exist in one space. Other critics have argued that open offices simply cause exhaustion and aggravation.

In our age of rapid changes to the idea of employment, it seems like everyone is looking for a way to work that will catch up with the strides we made in technology. The Silicon Valley inspired culture of tech companies is turning to flexible and versatile offices with lounges, private rooms for concentration and the quintessential bean bags. For small companies and freelancers co-working has emerged as a growing trend, with shared offices and communal hubs now available even in small cities. However, working from home is the definitive way of employment in the age of the internet. Tired of long commutes, traffic jams and office politics, an increasing number of people are working for companies they have never been to with colleagues they have never met. Working with remote teams has so many benefits for all involved, people from different areas of the globe often work on the same project.

Product developers of the future will surely collaborate more and more in ways not dependant on their physical whereabouts. While there is no denying the advantages of face-to-face conversation, video conferencing is becoming the substitute at many workplaces. Instead of resisting this trend, as many large corporations still do, we should move with the times and learn to overcome the difficulties it presents. In this new reality, the focus of managers and designers is shifting from physical work environments to digital ones. Inter-office communication software is now more than a way to avoid going over to the cubicle next to you. Often it’s your professional avatar and your sole channel of contact with your team, not something to be taken lightly.